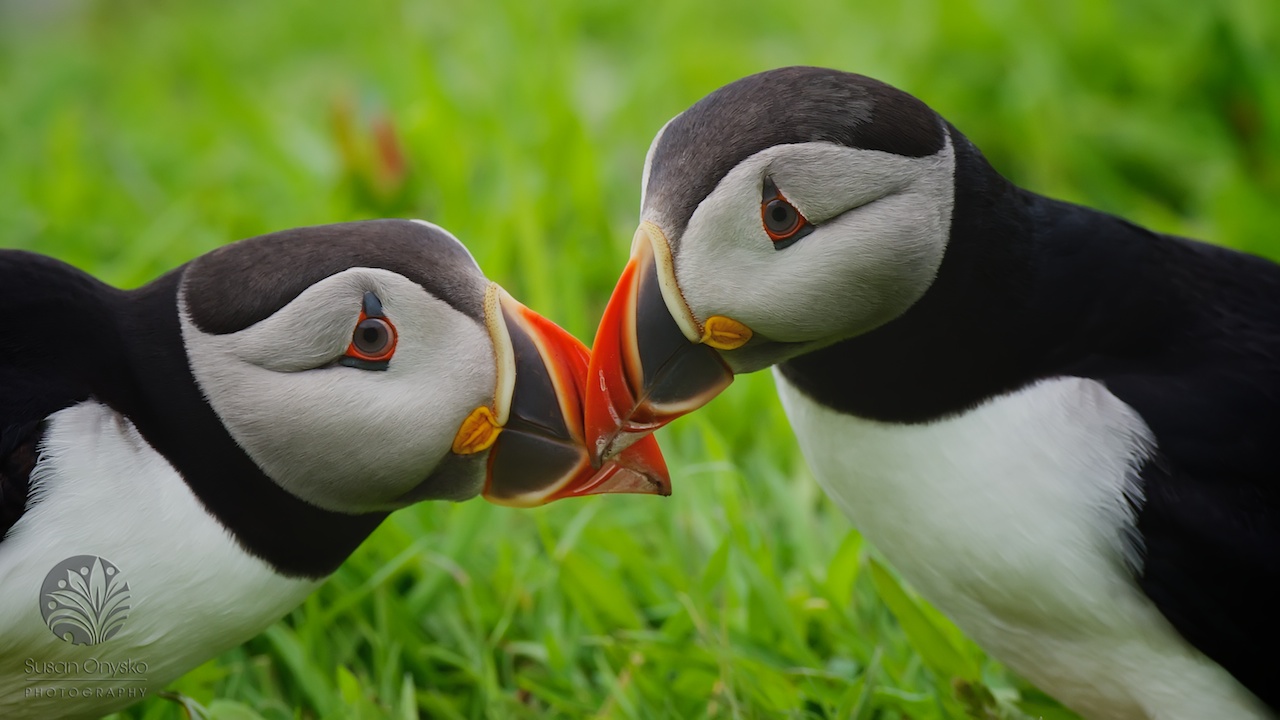 I recently returned from Scotland, a trip full of surprises. The first surprise was that I was traveling for twelve days in the country where there were hardly any people to photograph. With all of the published beautiful landscape photos from the area, it was expected. I still had high hopes, however, for a traditionally dressed, older, dignified bagpipe player on the Scottish hillside.

An island named Lunga in the Treshnish Isles of Scotland provided the next surprise. I have had many opportunities to photograph puffins before, but in all previous cases they ended up as tiny, indistinguishable, and usually blurry specks on the water or on a cliff. Even using my longest glass and cropping down yielded the same results. As is typical in photography (especially travel photography) timing is everything. After a walk across unsteady rocks and a slippery climb up a pretty steep slope my mouth fell open. Before me were hundreds of puffins on the edge of a cliff nesting. Photographers and tourists alike were on their bellies in a row four to five feet from the beautiful little birds. The cute and adorable animals evoked a childlike giddiness and euphoria from the lot of us. We were like kids in a candy store. Everyone wanted to stay all day but we only had two hours, including the hike there and back.

After watching the birds for a while I noticed that every once in a while they would touch beaks and nuzzle each other. I planted myself in front of a few of the couples and waited. To start, I wanted them to align with each other so that both birds would be in the same horizontal plane of my camera. My next hope, and the best surprise of all, was the magical nuzzle moment, which I captured with a smile on my face that lasted the entire time I was there.