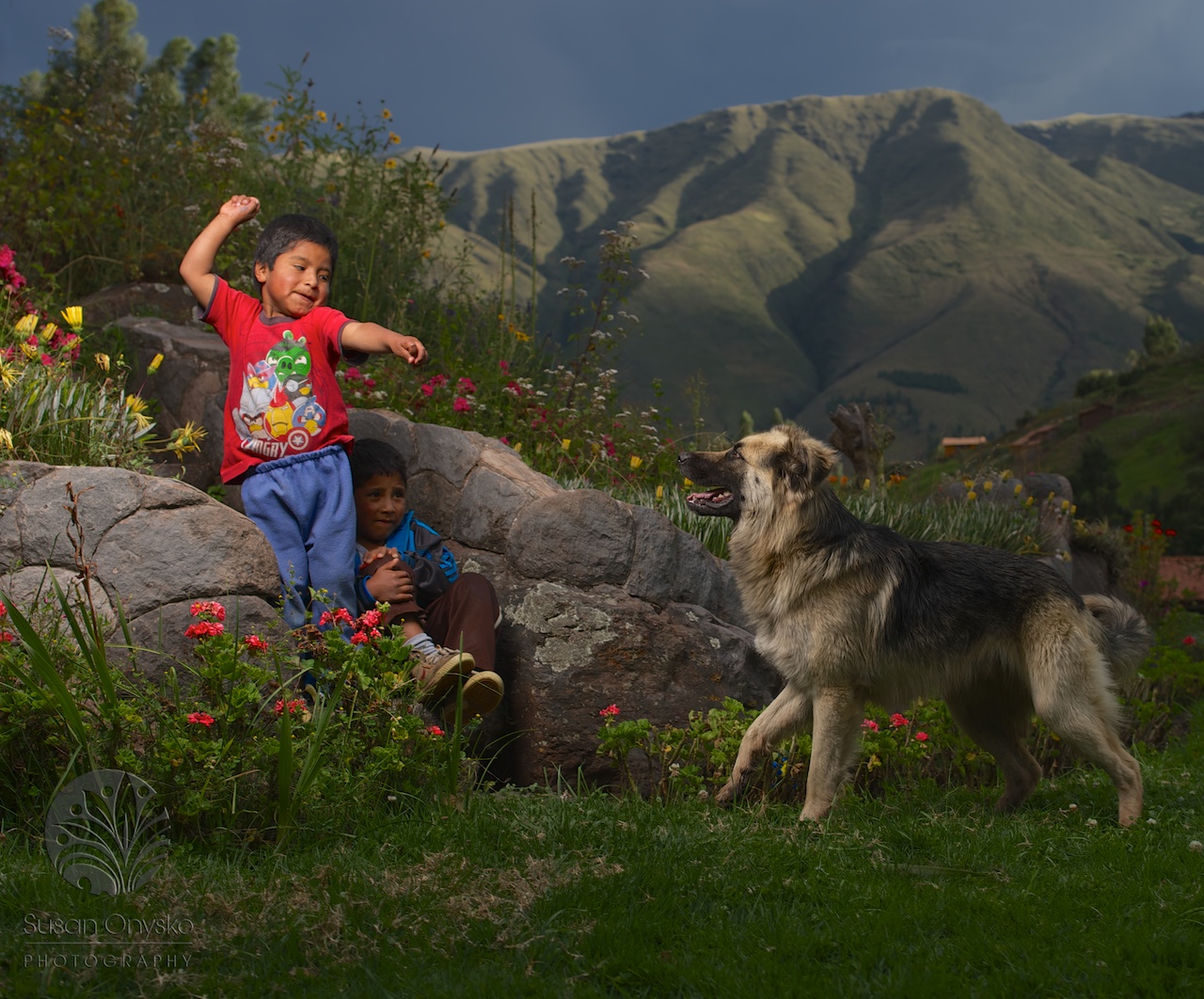 On a recent trip to Peru I had lunch one day at the beautiful location in this image. The only willing models around happened to be all children less than five years old. Normally when I photograph children of this age group I have to compensate for their increased mobility, lack of following directions, and aversion to sitting still. I either seek them out while they are already in flattering light or chase them and shoot whenever they happen to run, skip, jump, or roll into good light. Occasionally I will use an off-camera Nikon SB910 Speedlight on the more willing subjects, though this is pretty rare.

Evening was approaching and gorgeous natural light starting hitting the mountains in the back. I set up an Elinchrom Small Octabank attached to a Ranger Quadra RX “S” Head with PocketWizards providing HypserSync capability (say that ten times fast). Using this lighting setup darkened the background for additional drama and also provided beautiful light on my subjects.

As I posed them, these two little boys looked downright miserable. I felt their pain. I would much rather run around a village like a crazed woman with a camera seeking out interesting people doing what they naturally do than to pre-plan a location and sit a subject down. My high-school Spanish had also made an abrupt departure from my brain, adding another layer of complexity. After a few photos of the boys looking pretty disinterested and fidgety their dog walked into the photo and everything changed.

Rather than trying to get the dog out of the photo or simply letting the chaotic moment pass, I quickly decided to just go with whatever happened. On the first shot the dog walked into the frame and looked right at the camera. The next thing I knew one of the boys grabbed something for the dog to fetch and as I clicked away the moment was captured. For me this image shows a slice of modern day life in the Peruvian countryside. In a perfect world I would have preferred for dress a little more traditional than an Angry Birds t-shirt, but then I would not have been able to capture a modern day Norman Rockwell moment in Peru.