Home|Blog|Travel|India|Mirror mirror on my wall… 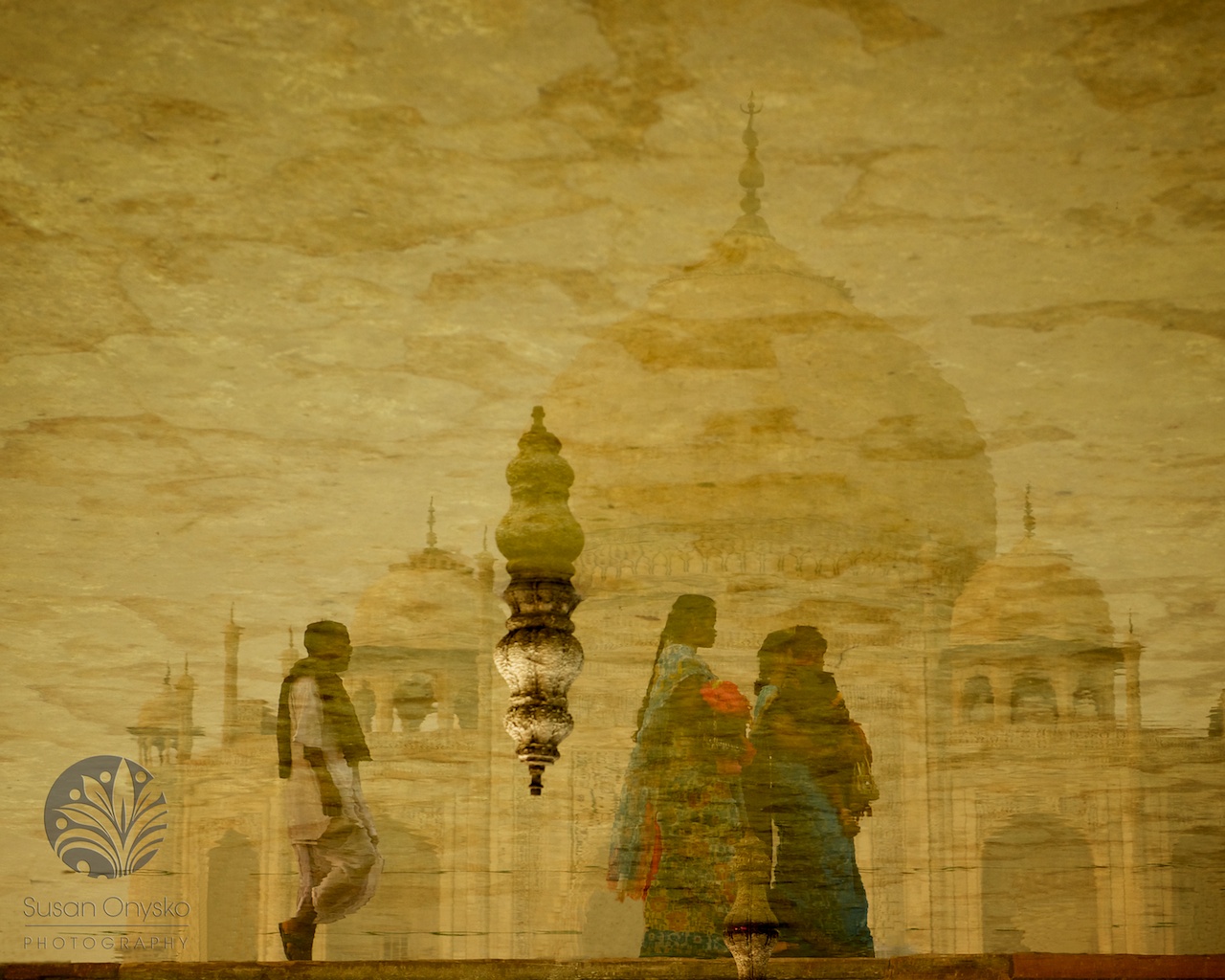 Mirror mirror on my wall…

The photos that I had viewed prior to the trip had gotten my hopes up for blue skies hugging the Taj Mahal. Alas, pollution had other ideas and instead provided me with gray muddied skies surrounding the iconic building. I had two choices with a straight on shot of the Taj Mahal: I could convert it to black and white or I could replace the sky.

After taking many photos filled with visitors and that dreaded gray sky, I decided to focus on the colorfully dressed people and the reflections in the pools in front of the icon. I tried to capture shots with just a few people walking through my frame instead of large groups so that the Taj Mahal was still distinguishable. I also wanted locals – tourists with cameras would not do.

The crowds and location of the reflecting pools limited the positions from which I could shoot. Because of that, I anticipated that my favorite photo from this location would need to be cropped down during post-processing. What I did not anticipate was flipping the orientation and how much more I liked the flipped version. Nor did I anticipate that once I cropped down the photo would turn into something much more artistic.

The slightly dirty streaks that blazed across the pools in real life added a texture that looked like I had spent a lot of time playing with texture layers in Photoshop. I had shot the image with a cloudy white balance and the resulting golden tone added to the antique type of feel in the photo. I cloned out a couple of straggling people in the frame and was rewarded with my own unique masterpiece that now resides above the mantle of my fireplace.