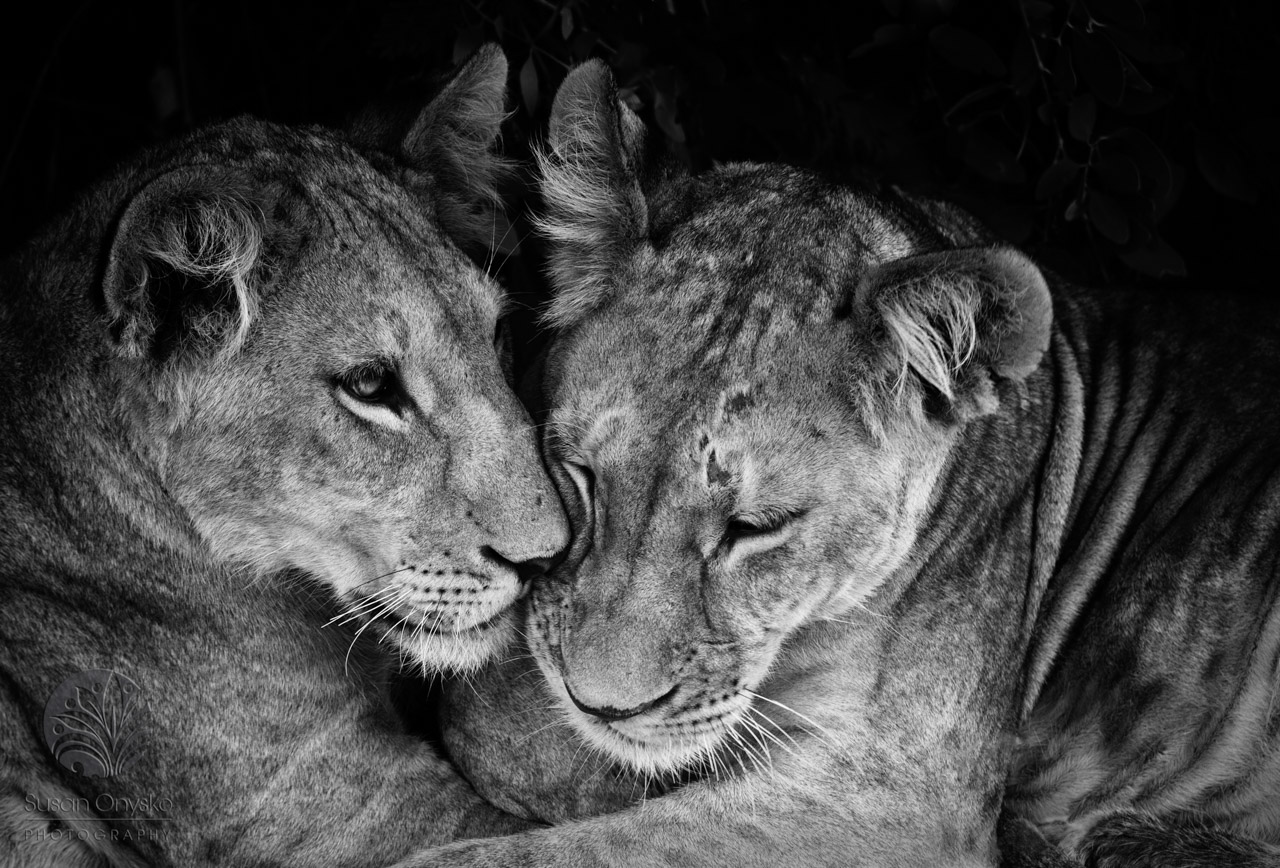 I thought I would share some of the photos on display at the Hudson Fine Art and Framing Photography Show! The photos will be on display and available for purchase until September 6th at 160 North Main Street, Hudson, Ohio.  “Nuzzle” was taken in 2015 in Kenya.

I realized that to some extent this theory also holds true with wildlife. Of course animals seldom wear clothes, but in a land full of warm golden light I sometimes found that the gorgeous light itself overpowered the subjects. Converting the images to black and white accentuated the animals themselves and not the color, light, or land around them.

One morning we came upon a pride of lions. Similar to my own housecats, two were rubbing up against each other – nuzzling and cuddling. Like many, I am a sucker for such behavior and stayed with them for almost three hours, shooting over 400 images!

I often get asked why I convert to black and white and how I process them when I do. With this image, I chose black and white to emphasize the interaction between the lions and also minimize elements that detracted from this intent. I felt that the color version did not showcase the emotional bond between the two lions. There were also some distracting leaves and branches in the background that the black and white conversion did a nice job of minimizing.

I normally use Nik Silver Efex Pro 2 for my black and white conversions. I find that different images require subtly different processing, so for each image I look through the presets to find a good starting point. In this image I used a Grad ND preset to help downplay the leaves in the background, highlight their faces, and provide enough tonality and contrast where needed to make the image pop.