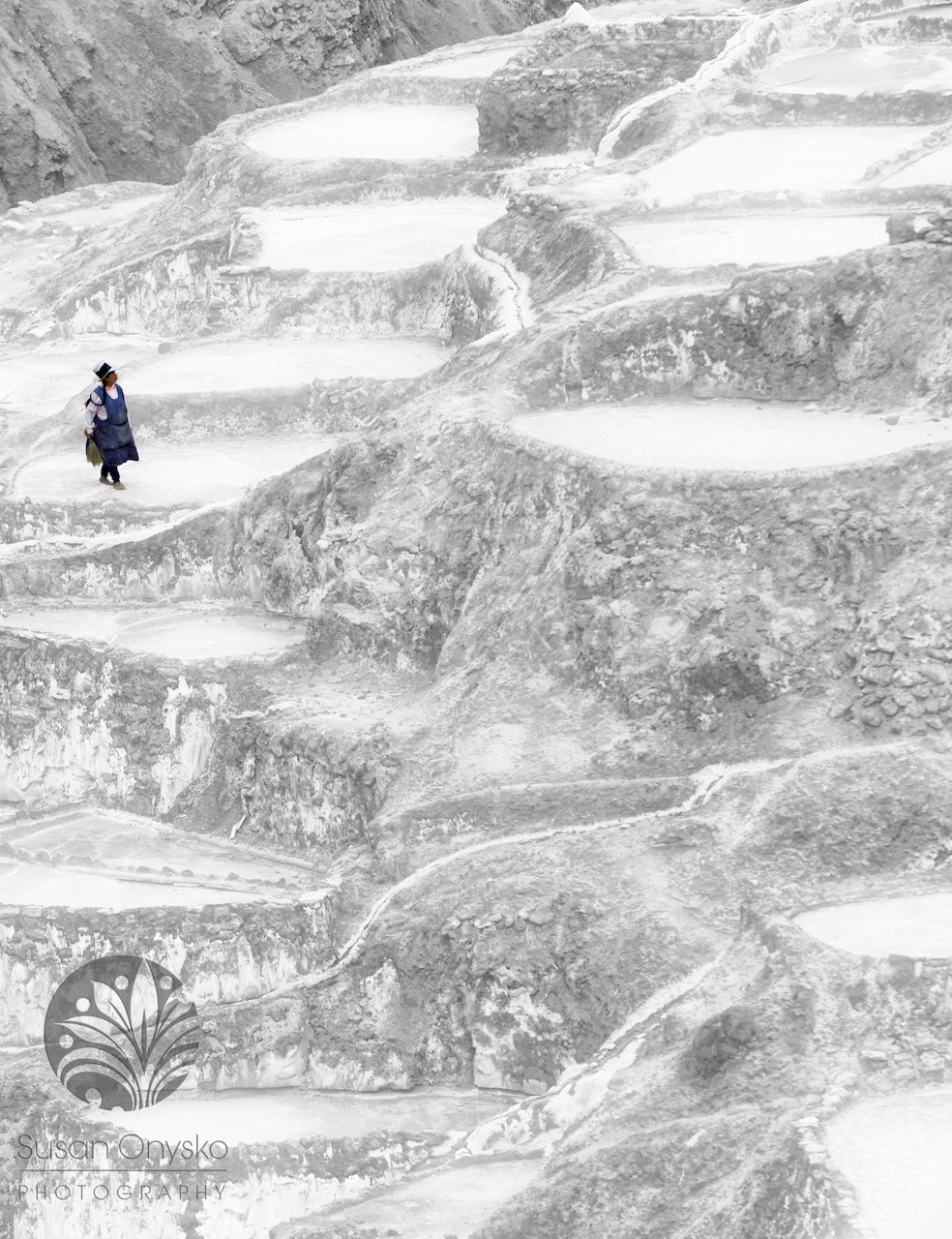 On a recent trip to Peru I had a chance to visit the Salt Pans in Maras. It was one of the highlights of my trip. Colors can range from warm brown with tan tones in the spring to the more typical white color in other seasons. The intensity of the white varies based on the cycle of salt production. The different seasons and production times also determine the number of locals on the scene to harvest the salt.

The lines, angles, and unique graphic patterns of the Salt Pans alone were wonderful to photograph from a high vantage point. At eye level, however, the Pans became much less interesting… until a person walks into the scene to add a sense of scale. In this image, an added bonus was that it was a woman who walked into the scene. Peruvian women traditionally have beautifully braided hair and many wear tall, Panama-type hats.

Upon post-processing, I found that I loved the photos of individual workers isolated in seas of Salt Pans. I had already decided that I would be going back to Peru, but for now I wanted to try to create what the Salt Pans would look like if I had been there during one of the “white” seasons. Using Alien Skin Exposure 5 I added a glowing, white, mystical quality to the pools. The resultant image made me wonder what could be in the mystery pools and how my model could be stepping on them.

The second image in this post is another scene (minus Alien Skin) with a different model that also happened to walk through the scene. It’s nice to have a variety of looks from a single location. One is warm. One is cool. Very cool.

6 comments on “Warm and cool…”