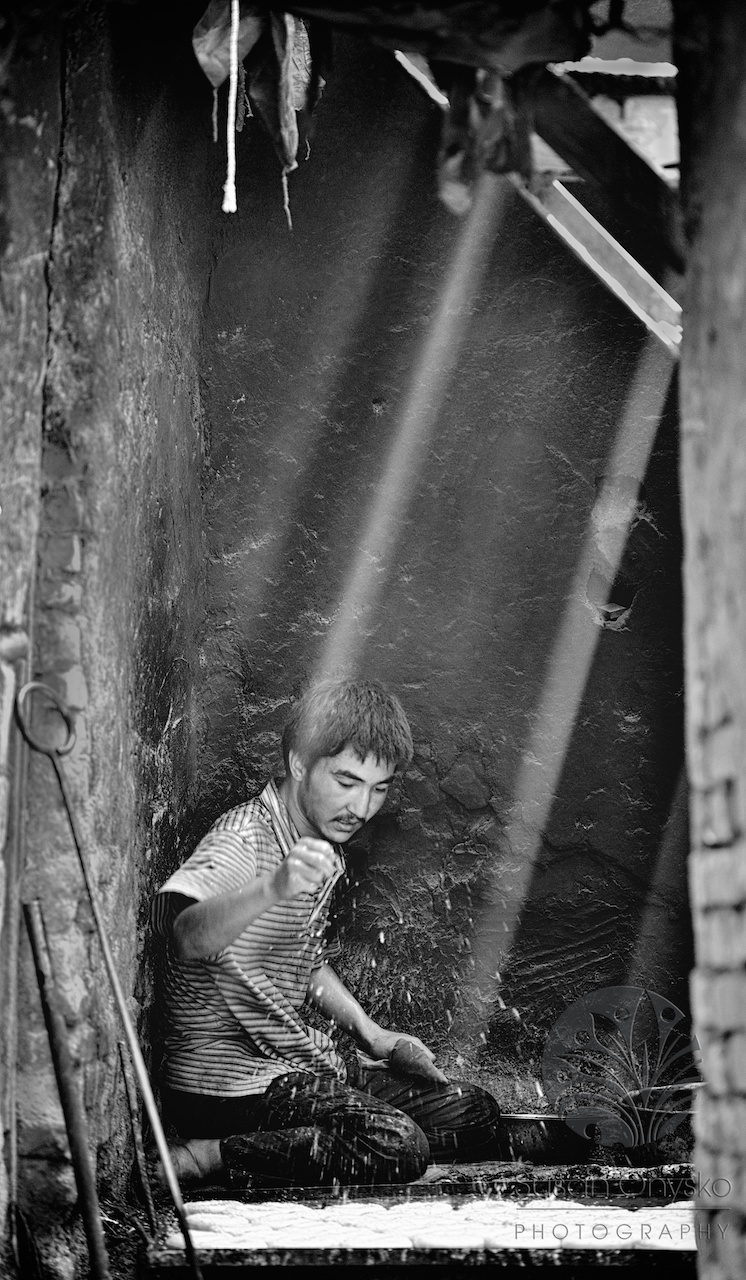 For a couple of days in the summer of 2012 I wandered around the streets of Kashgar, China and fell in love.  If you have seen the movie The Kite Runner, which was filmed there, you would understand why.  The people are unbelievably friendly and more than willing to have their photo taken.  It is an amazing place that I could have easily spent a week or more shooting.

I walked through streets full of tradesmen and shopkeepers.  I looked left and right into every little nook, cranny, and alley so as not to miss anything.  As the midday sun’s rays got higher in the sky, finding something that photographs well became the challenge.  I wanted a person, but harsh sunlight on people adds an even greater level of complexity.  The hunt was all worth it, though, when I finally found the shafts and beams of light that only reveal themselves on those bright and sunny days.  Oftentimes being totally unexpected, those beams can take your breath away even more than treasured golden evening light that all photographers crave.

I saw the shafts of light at the end of a narrow hallway that, too tiny to be considered an alley, opened onto the street.  I stood there waiting for a few minutes hoping that something would happen behind the light.  In walked a man.  He smiled at me and I held up my camera and smiled back.  He smiled once again – jackpot!

The question now shifted to what he going to do under that gorgeous light?  I watched and shot away as other workers joined him and left.  I can honestly say that until the big pan of bagels came out I had no clue what he was doing.  Out of the 200 photos that I shot, I got a handful that I liked – well worth the wait.

In Aperture I cropped, adjusted levels, and sharpened.  In Photoshop I combined two images to get detail into the dark shadows and bright pan of bagels.  I added a tonal contrast filter in Nik Color Efex to add a bit more texture and detail.  Lastly, I converted to black and white in Nik Silver Efex.