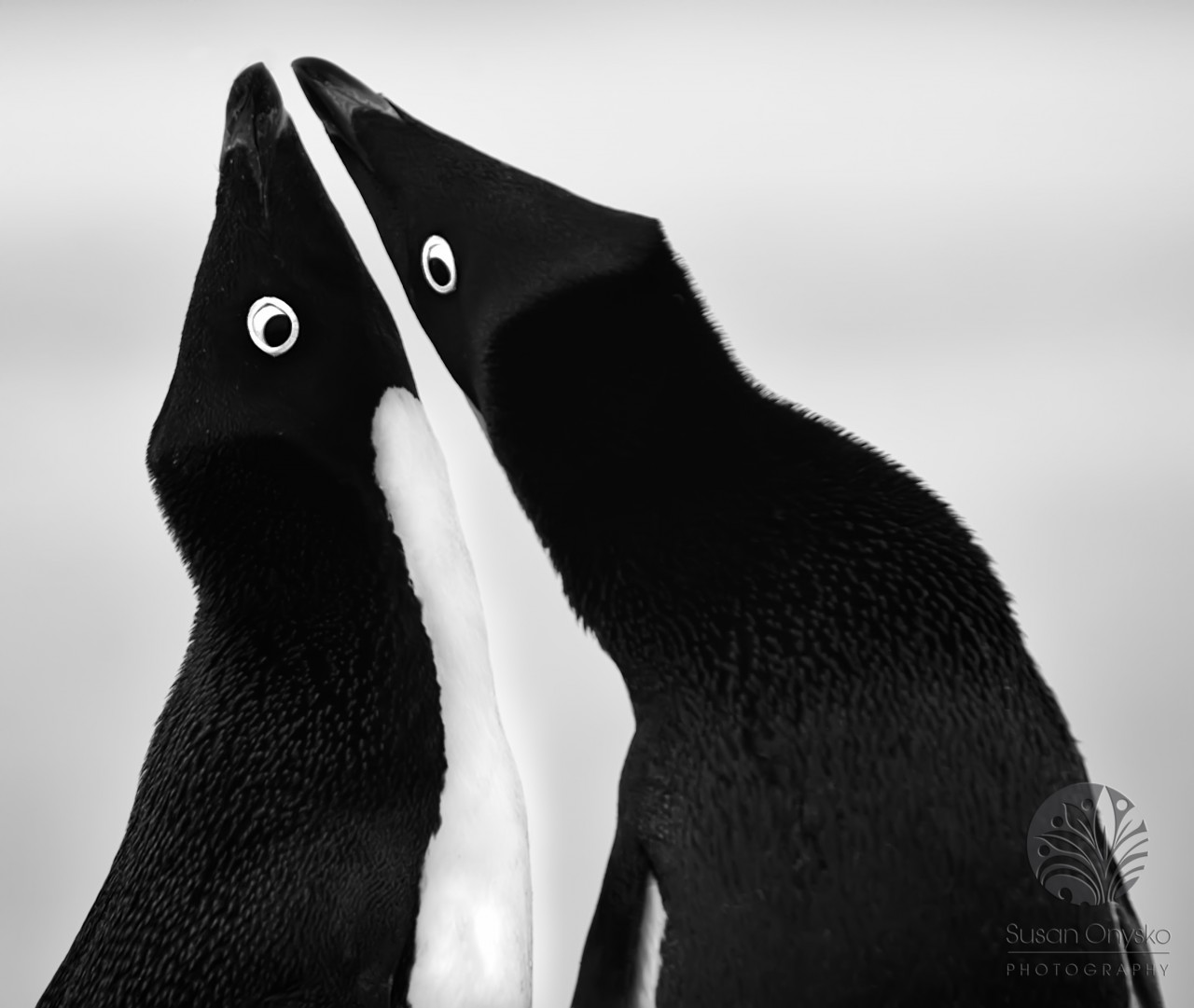 Oftentimes people envision travel photography as arriving at a destination where the setting is pre-made into a beautiful scene and all you need to do is leisurely bring your camera up to your face and press the shutter button.  This penguin shot, which recently appeared in PDN magazine, is a perfect example of how that perception is far from reality.

I took this photo on a Quark Expeditions trip to Antarctica in January of this year.  Prior to the trip I had planned on taking photos of cute little penguins in white snow with nice light on sunny days and some puffy clouds in the background to top it all off.  On the fourteenth day of the cruise we had our first and only day of sun.  To be fair, the weather for the entirety of the trip was actually great for Antarctica.

The day I captured this image was like every other day that we made land.  There were no backdrops of snow-covered landscapes.  Quite the contrary, there was mud and penguin poop.  The penguin poop was, on average, six inches deep for as far as the eye could see.  And it smelled very, very bad.  When I shoot wildlife, I try to apply the same methodology that I use when shooting people: isolate the subject on a clean, non-distracting background and wait for them to share some kind of moment.  Hmmm.

The first challenge was time.  When we disembarked the Zodiac at this location we were told that we had 25 minutes.  The colonies are absolutely massive and full of nests on which the penguins cackle their little hearts out.  Getting the lay of the landscape and targeting in on potential subjects is difficult.  Finding a relatively clean pair in all of the mud and poop with a relatively clean backdrop was challenging, to say the least

To isolate the acquired subjects, it was necessary to squat, kneel, and partially lie down in the penguin poop while using the overcast sky as my backdrop.  I will leave the details of that (and the cleanup) to your imagination.  Other penguins waddling past my lens served to extend my stay at penguin height.

Now all I needed was the moment.  I shot through my couple marking their territory, stealing rocks from other nests, and fighting until ultimately they synchronized their cackling at each other.  I was shooting a Nikon D800 handheld with a 70-200 lens and a 2x teleconverter.  I had envisioned a vertical photo but shot everything horizontally for more stability knowing that the resolution of my D800 would let me crop to vertical.

The effort paid off as I actually captured almost what I had envisioned.  The penguins were close, but not touching.  Their eyes were open and the background was as clean as nature would allow.  I loved this one as a black and white – it was practically there already.  My resultant image is graphically strong and something I have not seen before.