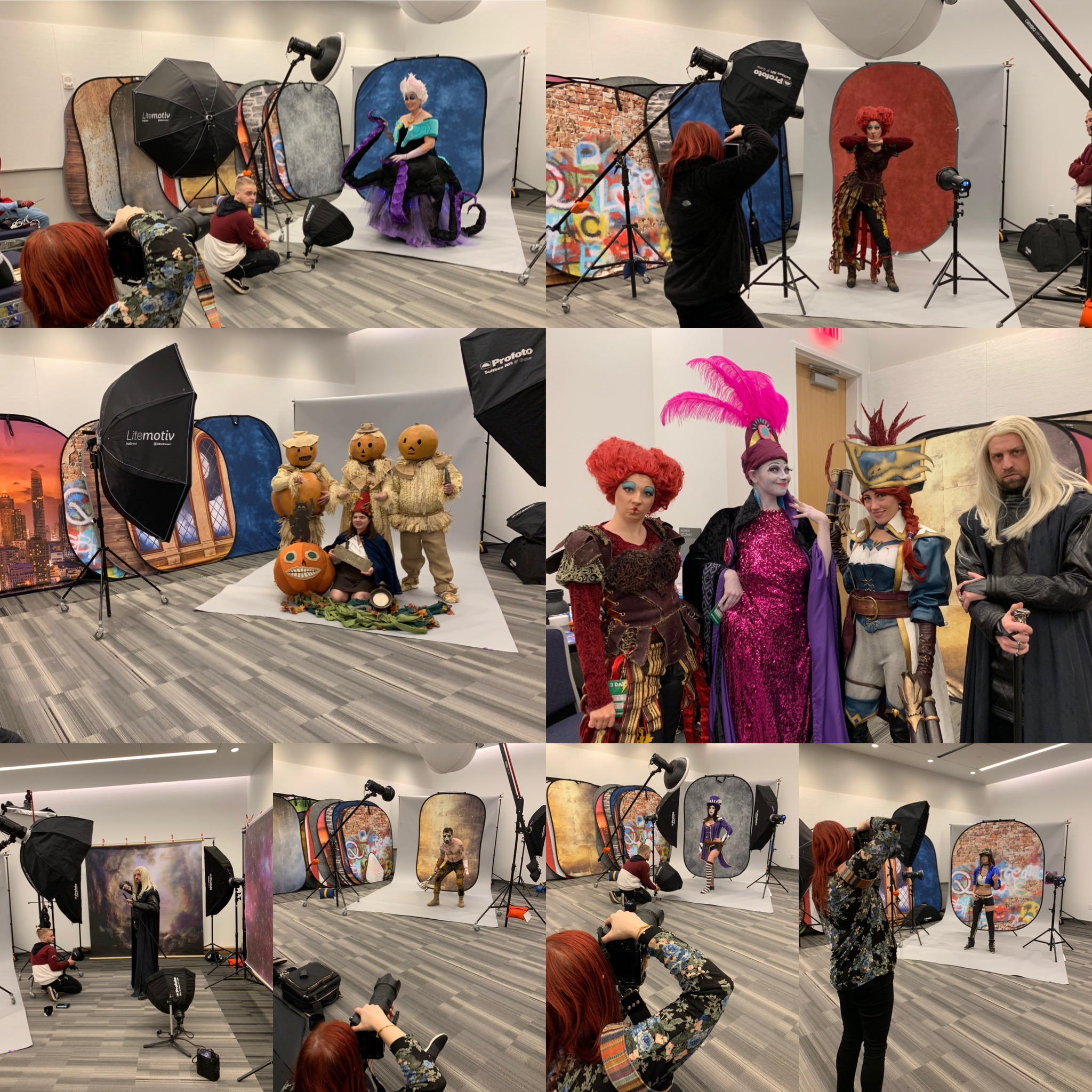 What a day!  We photographed such an amazing variety of talented cosplayers!  Our day included:  Captain Fortune and Akali KDA Popstar from League of Legends, Psycho and Mad Moxxi from Borderlands, Lucius Malfoy from Harry Potter, Wirt, Unnamed Villager #1 #2 and #3 From Over the Garden Wall, Yzma from The Emperor’s New Groove, The Queen of Hearts, and Ursula from The Little Mermaid.  Many of those we photographed received awards at the Costume Contest. Congrats goes out to the Queen of Hearts for receiving a Judges Award, to Ursula for Best Craftsmanship (this was the first cosplay she made!), Yzma for receiving the Chairman Award, and our Over the Garden wall group for Best in Show (ever hear of a cosplay made out of corn husks before?)!