Home|Blog|Travel|Turkey|The quieter side of a portrait… 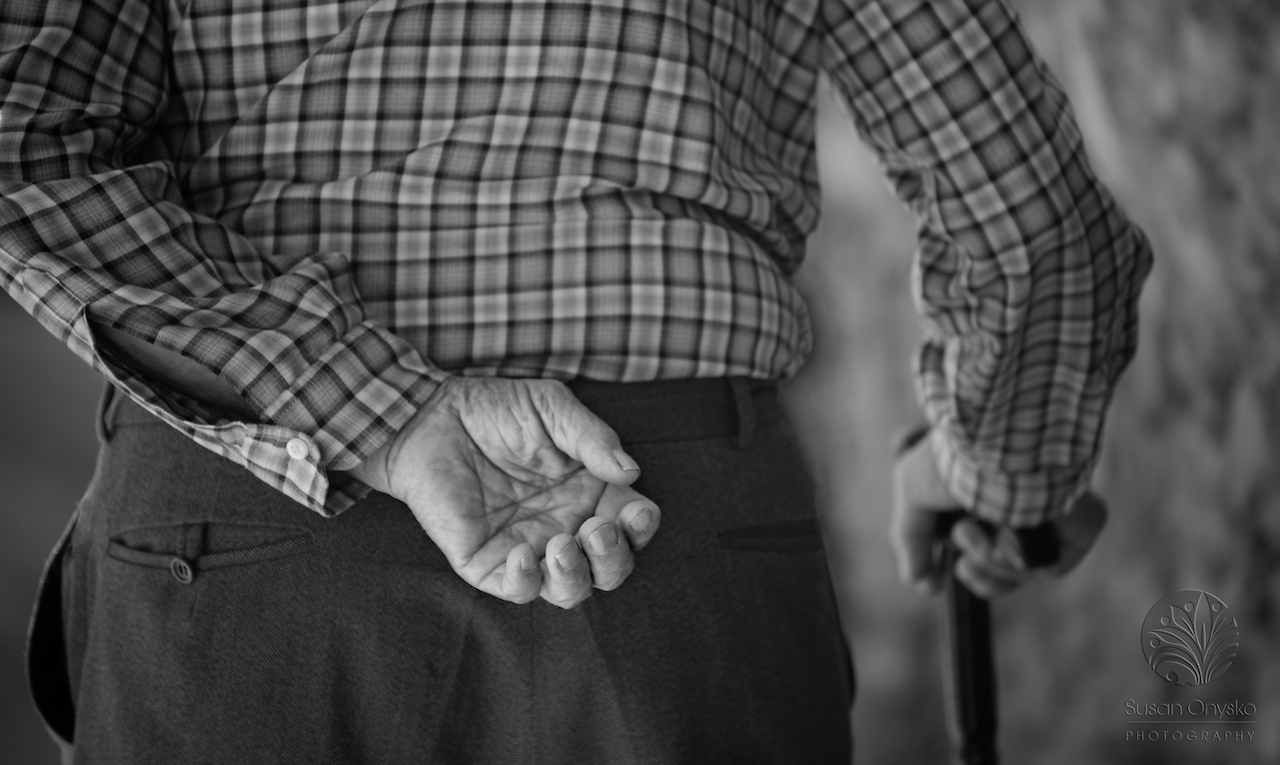 The quieter side of a portrait…

On a recent trip to Turkey we were fortunate enough to visit some of the villages in the countryside.  In general, the people were very kind about having their photo taken.  Once the camera was raised, however, a protective wall was raised and a stoic and reserved pose prevailed.  At first I thought I was somehow attracted to individuals with quiet personalities, but as the days went on even those with bubbling personalities would often shrink once the camera played its part.

On a walk around one of the towns I photographed an older gentleman with his wife and was rewarded with the same stoic results.  Later that day, when I saw the man in this blog’s picture, I was determined to capture him in a photo that showed a sense of place and a snippet of daily life.  I tried to covertly get a shot of him walking with a cane in front of an interesting storefront so as not to get the same type of results that I had from the couple earlier that day.  The photo didn’t really work but as I stepped behind him and zoomed in with my lens more of this man’s story seemed to unfold.

One could easily imagine that several times every day this man makes the trek up the hilly countryside lanes to go about his common daily tasks and visit friends and family.  Tasks that had been so effortless for many years as he worked and raised children are no longer quite as easy now that a cane and weathered hands define him.   With a quiet dignity about him he still dresses immaculately nonetheless.

There are moments when the scene, people, and lighting take a back seat to the quieter and less noticed small details that can say so much about a person.  When I returned home and started organizing my images, I was surprised to find out that this man was the same person that I had photographed earlier in the day with his wife.  Out of the two scenes, this one was by far my favorite.

2 comments on “The quieter side of a portrait…”