Home|Blog|Travel|Cuba|The sum of all parts… 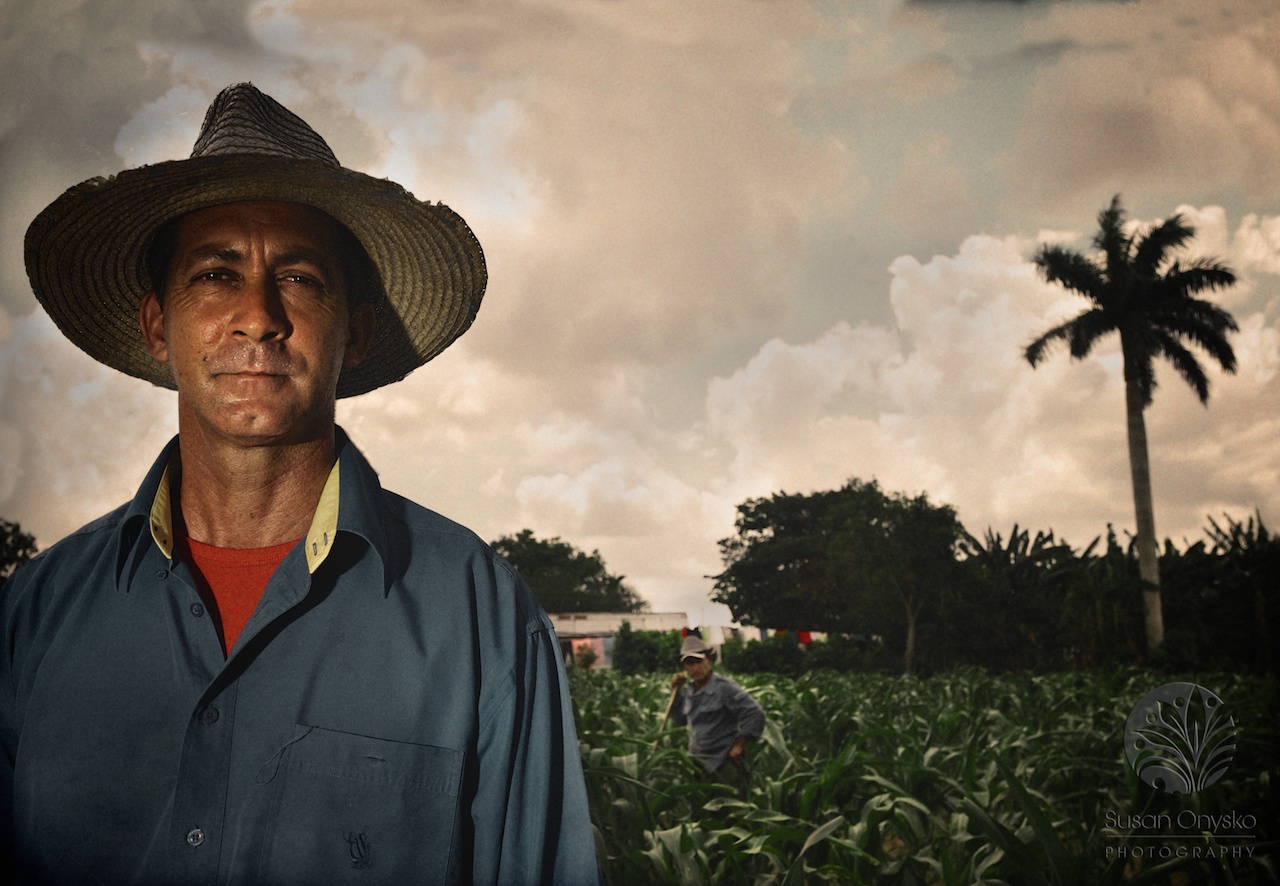 The sum of all parts…

In 2011, I found myself in a makeshift photography shoot on a partly cloudy day in Cuba. I used off-camera flash to take some photos of this Cuban man with an amazing face. At the time I used a Nikon SB-800 flash with an infrared Nikon SU-800 remote attached to my camera.

My original composition from the camera simply had the man with the palm tree in the background. I love the man’s face, but upon review at home I could not help but think that something was missing. During the same shoot, I had a chance to photograph another farmer at the same location. Because the bright sun was interfering with the infrared signal, the flash would not fire for that farmer no matter what I did (go Pocket Wizards, but that’s another blog post!).

I loved the composition of the photograph with the faulty flash. I had moved to the side a bit which revealed a building and some hanging laundry. The new position also added some depth to the photo by showing a second farmer in the distance. A composite image was the logical choice.

I merged my favorite features of both images, but the result still needed some work. My original farmer was wearing a brightly colored blue, red, and yellow collared shirt that overpowered his great face. By using the auto chrome filter from Exposure 4 I was able to tone down the shirt and at the same time give the clouds and fields more of a timeless quality.

My resulting image is to me what I felt while standing in this tobacco farm in Cuba. It conveys what it was like being whisked away to another place and time. This composite was a bit challenging because I had not planned it out ahead of time. When I find myself in a similar circumstance in the future, I will definitely consider my shots more to streamline post-processing.